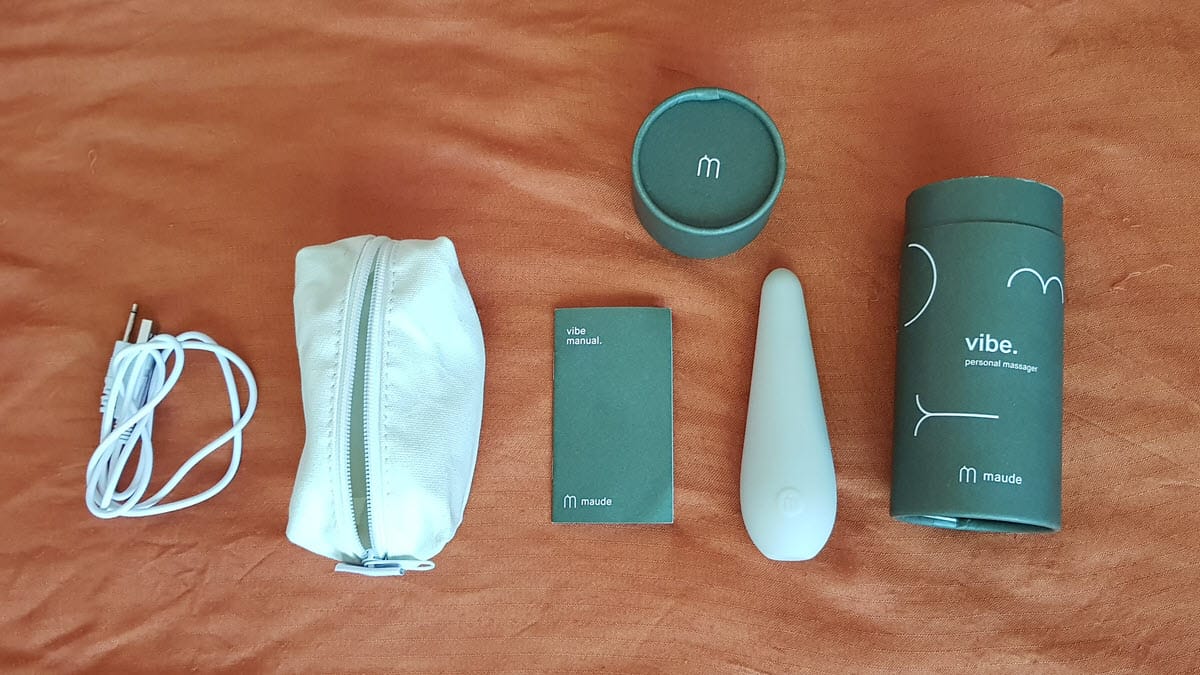 Who is the Maude Vibe for?

The Maude Vibe is one of the best and most powerful sex toys around. It works a treat on my clitoris and labia and, according to my husband Jack, around the testicles too.

Our Rating: 5 Scoops of Vanilla!

What Alice says about the Maude Vibe…

About the Maude Vibe

If you are after intensity, the Maude Vibe will not disappoint. This sex toy is very powerful and, once on my clitoris, got me to climax very quickly. I must say I often find that too much too soon can diminish the whole experience, but I found the Maude Vibe excellent for foreplay too. It is great for stimulation around the clitoris and when you’ve had enough foreplay, it can be simply moved onto your magic spot. And magic does happen, fast and intense. For a smallish sex toy like this, it is remarkable!

The original Maude Vibe comes in a simple ‘creamy’ white color. Personally, I don’t mind bright colors, but I can see how a company that prides itself for inclusivity has opted for a more neutral tone.

If white is not your thing, Maude Vibe has now introduced a green version! The latest color addition is charcoal (dark grey). How Much does the Maude Vibe Cost?

Due to its popularity, it is often out of stock! But fear not, you can get an alert when they re-stock or pre-order it and have it dispatched as soon as stock arrives.

The Maude Vibe is made with premium-grade soft-touch silicone (FoHs passed and FDA-grade)! It feels great on the skin. Lubricant is still highly recommended, but, as opposed to other toys, I did not feel the urge to keep on re-applying lube on a regular basis. The Maude Vibe is water-resistant and easy to clean.

Simplicity is one of the core pillars of this sexual health company. So you will not find one million vibration patterns and vibration speed options. There are three intensities to choose from, and I found them perfect. Personally, with devices that have lots of options, I quite often settle on one or two favorite patterns or speed, rarely using the whole range. And with toys that have dozens of different modes, there are often multiple buttons, which are difficult to distinguish between “in the heat of the moment”. Maude Vibe is simplicity itself – just one button to do everything.

Jack's Sound Testing Lab
I tested the lowest and highest intensity settings of the Maude Vibe:

For the curious, you can listen to what the 3 intensities of the Maude Vibe sound like:

As they say, good things come in small packages! This saying absolutely applies to the Maude Vibe. It is small, discreet and easy to handle. The little white pouch is cute and great for traveling. Most sex toys that I own have a black pouch, making it hard to distinguish which one is which when I open my drawer of treasures. The Maude Vibe, with its white canvas pouch, is the exception.

The Maude Vibe comes with a rechargeable USB cable and can be used for up to 2.5 hours. The battery takes about two hours until fully charged.

As a small, reasonably quiet toy that is easy to clean, and very discreetly shaped, the Maude Vibe is an ideal travel companion. It also comes with a lockable travel mode option. And did we say it is very powerful? Good sex becomes great with this toy!

What Jack Says About the Maude Vibe

Most other sex toys don’t really do that much for me, but somehow the Maude Vibe sends pleasant, tingly vibrations right the shaft to the very head of the penis. It gives an additional intensity and an extra dimension to the pleasure of receiving oral that is difficult to describe but extremely pleasant!

Final Words on the Maude Vibe

The Maude Vibe has become a top favorite of mine (and Jack’s). We absolutely love it for foreplay, clitoral stimulation and for use during oral sex. It has also become our top-choice on the go travel sex toy. Simply put, it is one of the best sex toys around and we highly recommend it.

Attention: The Maude Vibe is very often ‘out of stock’! I guess it is a sign of its popularity and efficiency! If you want to purchase this product, we strongly recommend that you ‘pre-order’. You may also choose to get a ‘notification’ telling you when it’s back in stock, however they sell so fast – often within minutes – that it’s really best to pre-order to avoid disappointments.

Our Rating: 5 Scoops of Vanilla!

Can the Maude Vibe be inserted?

What does the Maude Vibe do?

Is the Maude Vibe waterproof?

Maude Vibe is water-resistant and can be cleaned with water. It’s NOT recommended to be fully submerged in water.

How does the Maude Vibe work?

The Maude Vibe has an internal engine that produces vibrations. These vibrations, when in contact with your erogenous area – such as the clitoris, delivers intense stimulation which often leads to powerful orgasms.

How long does the Maude Vibe last?

You can use the Maude Vibe for up to 2.5 hours before the battery needs recharging. However, it is likely that you will have an orgasm a lot earlier than that!

Does the Maude Vibe suck, vibrate, or both?

What is the Maude Vibe Warranty?

The Maude Vibe has a warranty of 1 year, covering defects in materials and workmanship.