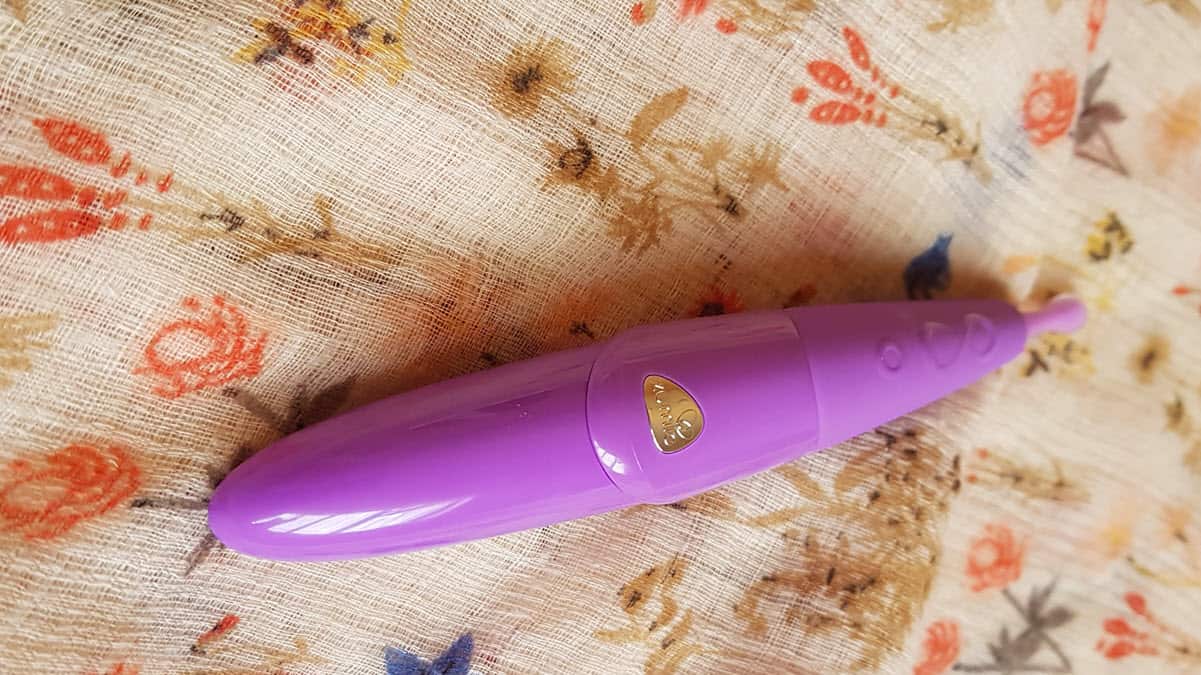 Who is Zumio X  and Zumio S for?

Our rating: 4 scoops of Vanilla

What Alice says about Zumio X and Zumio S?

Zumio X was launched in 2017 by a single mom who wanted a better way to experience pleasure whenever she had some precious ‘alone’ time. Who can argue with that? The story goes on to say she tried other sex toys but wanted something different! Did she succeed with Zumio X? Oh Yes! Zumio S is their second generation sex toy!

Performance, Similarities and Differences Between Zumio X and Zumio S

The Zumios are powerful sex toys that resemble an electric toothbrush. Either model was able to wake my clitoris nerve cells up within seconds – taking me from zero to an intense orgasm – even at the slowest speed. I am sure I am not the only lucky clit owner out there having such mind-blowing experience (and so quickly) with Zumio X and Zumio S!

Both Zumios provide strong pin-point clitoris stimulation. The good news is you don’t really need to go straight for an orgasm as the Zumios are also great for foreplay when used around (rather than on) the clitoris. I found either Zumio perfect for edging an orgasm.

Usually, when I think of pin-point type stimulation, my go-to sex toy are those that simulate clit sucking. Whilst clit sucking toys such as the Sona 2 Cruise or the Satisfyer Pro 2 are very powerful when placed over the clitoris, they don’t do much else around the vulva!

The Zumio X and the Zumio S are multi-function – they will get you to quickly climax, but are also fantastic sex toys for foreplay as they can provide amazingly pleasant sensations in different parts of your body. You can play ‘around’ until you feel ready for an orgasm. I really like the sense of control this vibe provides to users.

Another added bonus was to see my husband Jack enjoying it around his testicles! I am sure he is not alone in saying that ‘Zumio is a great option for people with testicles’!

But what are the similarities and differences between the two models?

Both models share the same shape, number of speeds (eight) available , and are both designed for clitoral stimulation through rotation technology.

The tip is the biggest difference! The Zumio X has a smaller size tip made from ABS plastic, whilst the Zumio S’s body is also made of ABS, its tip is covered by an ‘outer layer’ of silicone!

The larger tip makes the Zumio S ‘more gentle’: although the pin-point sensation remains quite intense, it feels slightly more diffuse and less ‘hot/burny’ on the skin. For me, it leads to a more pleasurable and comfortable orgasm experience.

Don’t get me wrong, the extra heat from the Zumio X can be easily minimised (or eliminated) by constantly applying a good quality lube! If you like super intense pointy stimulation, the ‘X’ is a great option.

The Zumio X and the Zumio ‘S’ are both fantastic sex toys and I often use them together. Personally, I prefer the ‘S’ as it feels slightly more gentle and less ‘hot’ on the skin.

I love Zumio’s shape! It resembles an electric toothbrush – but cuter! Both Zumios are very comfortable to handle. Those with joint problems such as arthritis will appreciate this sex toy’s shape.

Both models come with a travel lock and can be easily transported in your carry-on luggage and did we say it looks like an electric toothbrush? Just in case you feel a bit shy about having your luggage through the X-ray machine!

The Zumio X comes is purple and the Zumio S comes in lavender color. There are no other colors available.

The Zumios are a mid-to-high price range type of sex toy – surely, not the cheapest, but not the most expensive either.  Either Zumio is an excellent toy that provides a distinctive type of sensation. If you are keen on powerful clitoral stimulation and are able to afford it, it is definitely worth it!

The Zumio X is made from ABS plastic and the Zumio S has the additional silicone cover on its tip. It is a hard type of plastic but still comfortable on the skin (lube is highly recommended though).

you need is soapy water. You can safely enjoy this sex toy in the shower or bath.

The Zumio X has eight speeds to choose from and just the one ‘rotation’ pattern. Unless you are a super Power-Queen, the slowest speed can easily lead you to an intense orgasm!

The two Zumios sound surprisingly different. Zumio X is actually the most quiet sex toy that we have reviewed yet! It is one of the few that we would be happy to use while others are in the house. The Zumio S is significantly louder and more attention-grabbing.

Jack's Sound Testing Lab
I tested the lowest and highest intensity settings of both Zumio X and S:

On the lowest setting, the Zumio X is the quietest sex toy I have tested to-date! It has a low-pitched buzz that is not very attention-grabbing. The X is almost inaudible at arm’s length and can’t be heard from adjacent rooms. In fact, even the highest setting is very quiet and could discreetly be used under the covers.

The Zumio S is somewhat louder and higher pitched, and therefore not as discreet, if that’s what you’re after.

For the curious, here are the 8 intensity settings for Zumio X (they may sound loud, since the microphone was up close!):

And, here are the different vibration modes of Zumio S:

Jack’s Zumio Review – What does he say about Zumio X and S?

Did Alice and I have fun with the Zumios? Oh Yes! Normally Alice is the greatest beneficiary of our amazing sex toy collection, but this time around, when she used the Zumio X and the Zumio S around my testicles, it was magical! I loved it and the Zumios have become one of my favorite vibrators for couples!

As opposed to Alice, I couldn’t tell the difference between the two models. They were both fantastic and provided the same type of glorious stimulation.

Using this sex toy on Alice was wonderful. It is easy to handle and to operate as a partner, but the best thing was seeing the intense orgasms she had on repeat.

The Zumio X and Zumio S have become one of my favourites, especially the S model. I absolutely love it for foreplay (as I move it towards my clitoris), intense orgasms ability and also to be used on my husband’s testicles! I can’t wait to try their new model, the Zumio E.

It’s one of the best sex toys around and we highly recommend it!

Our rating: 4 scoops of Vanilla!

Are the Zumio X and Zumio S vibrators?

Technically, no! Instead of vibrating, Zumio products famously rotate at super fast speed. They give users a similar type of pleasure.

Yes, all Zumio models are waterproof! You can safely enjoy them in the shower, bath and easily clean them with (soapy) water.

Yes, it’s light and relatively small. It’s not bulky and, more importantly, all Zumio products come with a travel lock.

How long is the warranty period for Zumio X, Zumio S and Zumio E?

All Zumios come with a one year warranty.